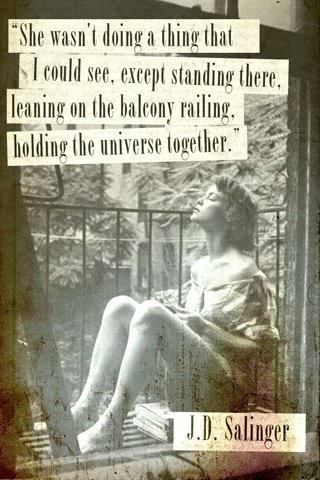 Coincidence? No man ! I don’t think so. I am a firm believer in science and stuff like that, do you really think that she appeared at the same time when Tiny Dancer started playing on my music device can be related? I am not a big Elton John fan but you cannot refute that Candle in the wind and Tiny Dancer are wonderful songs, right!? Anyway, I have been pondering over the question for the last one hour. And when I think a lot, my brain sends panic signals, I think it is a defense mechanism. One to save me from the efforts which too much thinking brings to you. Probably. And these panic signals send signals to some part of the brain which then craves for nicotine. The amount of times I get the craving then helps me decide the amount of stuff that’s going on in my head. Now I am tensed that I have been having this craving continually since the time I saw her. My complete system has gone haywire. Damn !

Okay, you might be thinking that I am such a lousy writer that I have been ranting about the working of my mind than describe her. I mean, she is the protagonist and all but you gotta give me some time. I know you are here because it describes that beautiful lady in pink. If it were about a hairy man with a pot belly, would you have even given it a glance? I get crazy worried when someone puts pressure. It screws up with the brain and all. And you already know what happens when I get load in my brain.

Now coming to our heroine. Oh comeon! The moment I wrote this line, some crazy lines again started playing. My music system is playing games with me! Just outside of Nashville, I met the woman of my dreams. Sure would like to get to know her, maybe find out what it means? That killed me. I am not saying that I love her and all, but I think if you saw her, just standing there, doing nothing and still capturing every sense of your imagination, you might fall for her too. Some girls have that power, you know. They do nothing, might be that you never get to talk, but then by the time you have seen one and gotten back to do what you were doing, you are already half in love. This lady, she half killed me when she started walking from where she was. The rest was gone when she already left by the time I decided to talk to her.

Now come the fuck on maaaaaaannn! Don’t you start putting me in that loser category who cannot talk to the opposite sex. No sir, I can be a very smooth talker if I put my mind to it. But I have to know what I am doing, and that sort of thing takes time. You should know that. You must know that! I do not consider myself as very much a looker, but over years of experience in various fields of interest, I have realized that they matter, they matter a lot, but then it’s not the end of the world if you are not one. Much of a looker, that is. But then you gotta have a smooth tongue, or you haveta be a jock, or a musician. You gotta have something at least, goddamnit! The survival of the fittest, the rule applies everywhere. Realize that all in all, you’re just another brick in the wall.

Anyway. That lady in pink. My brain is hitting that panic button again. I am off to light up a cigarette. Maybe I will see her down at the road. I don’t know if she smokes. I wouldn’t be too disappointed if she does, have just finished up this huge volume of The Tobacco Factory a couple of days ago. Can be a fucking encyclopedia on smokes if she wants me to be. Let’s give it a shot. You’ll get to know if this lad gets lucky, trust me on this.

(P.S: If anyone has an issue with the Salinger references, please let me know and we’ll take the discussion forward. He is one of my favorite favorite authors!)

2 thoughts on “That lady in pink”