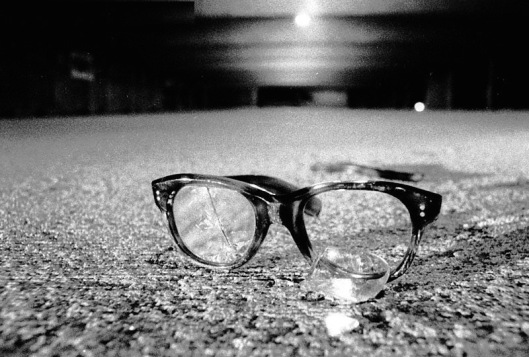 ..And he never could realize,
When was it that the perfect life just passed him by?
There had been glimmers of hope the entire while,
Plucked away, a shimmer at a time.

If he put his thoughts coherently enough,
He could see what he once was.
His lofted vanity and buoyant mannerisms,
Even if it all were a mask.
Should never ever have,
He laid bare his naked self for a few,
Sold was his soul, and he cut himself some new.
He looked at the abyss and the abyss glanced back,
What is the question he never could attack?

The voices, they now dictate what he needs to do,
He submitted to them long before he knew.
They scream sometimes, but that’s just fine,
As long as his hollow shell pours itself some old wine.
His speech gets hoarse, the bones creak as he walks,
But the voices assure him that it’s the way of the lord.

But somedays, sometimes, they go on for a retreat,
As the clouds lift, he begs for another dream.
And thinking of dreams, he shudders and cries,
Weren’t they what got him here with their beautifully constructed lies?